On November 22, 2017, after entering premature labor, Amanda and Colin Durborow welcomed their twins, Colbie and Bennett, to the world. Born at just 23 weeks, Colbie and Bennett were considered micro-preemies, with Colbie weighing 1 pound, 2 ounces and Bennett weighing 1 pound, 4 ounces. The twins were immediately sent to the Neonatal Intensive Care Unit (NICU) at RWJBarnabas Health’s Monmouth Medical Center, where tragically, Bennett died two days later. Colbie remained in the NICU fighting for her life. “She suffered a bilateral brain bleed,” shares Amanda. “She had a grade 3, grade 4 bleed and she was diagnosed with hydrocephalus.”

Hydrocephalus is the buildup of cerebrospinal fluid which places extra pressure on the brain causing brain damage. At two months old, Colbie had a Ventriculoperitoneal Programmable (VP) Shunt placed. This shunt is a device positioned in the back of Colbie’s head that helps the fluid drain from Colbie’s brain so pressure doesn’t build. “Colbie has undergone a total of seven surgeries, six of which were brain surgeries. The girl’s a champ,” shares Amanda.

After 153 days in the NICU, Colbie was able to go home, but Amanda and her husband weren’t sure what the future held for her little girl, “I remember the doctors telling us that they had no idea what Colbie’s quality of life would be like. We just didn’t know what to expect.” 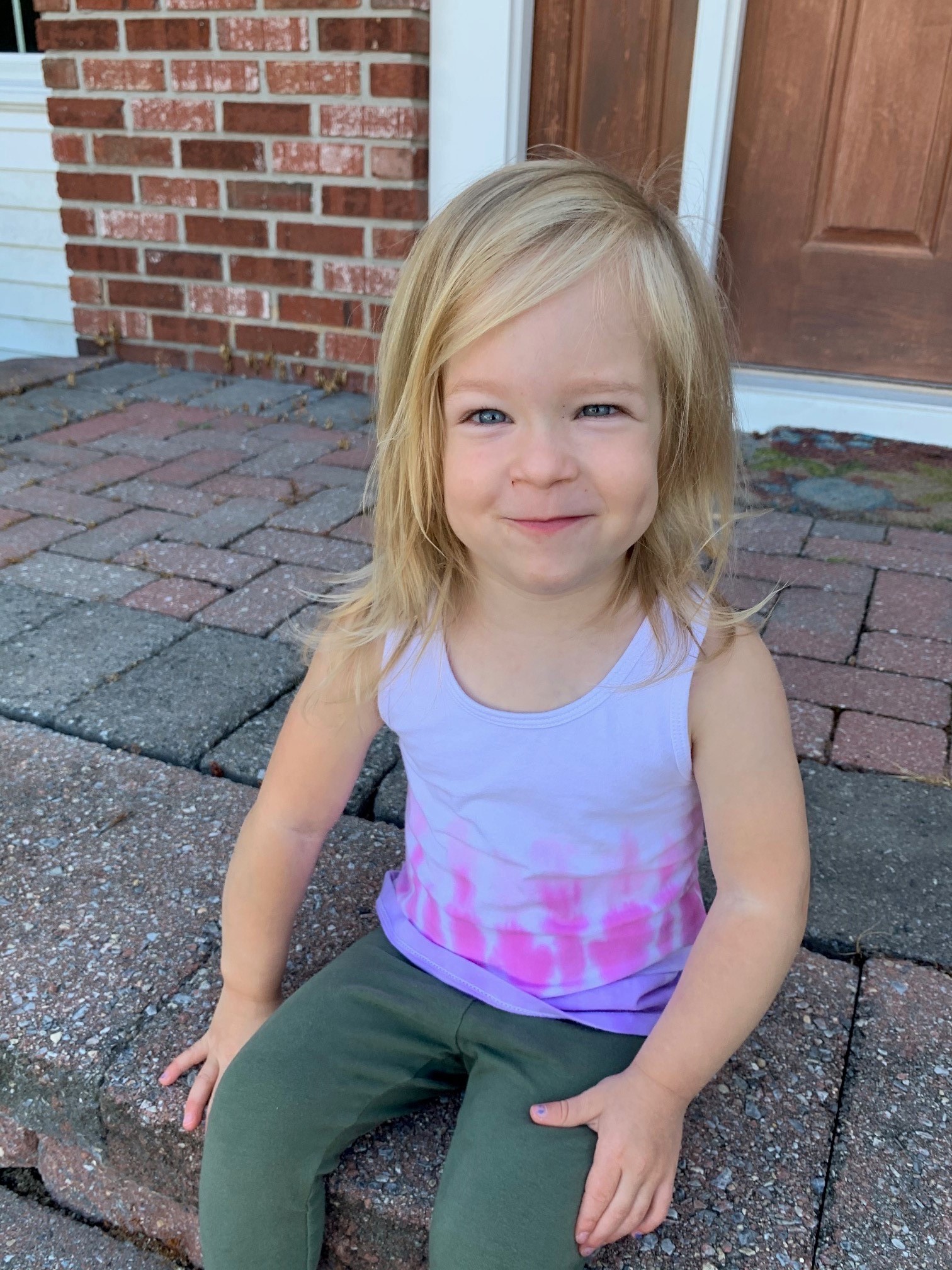 Taking Control
As a preemie, Colbie started with early intervention and outpatient physical therapy early on to stay on top of her development. After about two years of therapy, Amanda and her husband ultimately made the decision to switch to Children’s Specialized Hospital (CSH), “I felt in my gut that we needed to make a move,” says Amanda. “It was nerve wracking and I kept thinking, ‘are we making the right choice?’, but CSH came highly recommended from other NICU moms. We’ve been here for about a year now and we’re thrilled with the decision!”

After making the switch to CSH, Amanda and her husband received the official diagnosis that along with Hydrocephalus, Colbie also has Cerebral Palsy (CP), which affects her ability to move and maintain balance and posture. “We started noticing early on that Colbie was experiencing some delays and weakness in her legs and on her left side, so when we did get the CP diagnosis, it didn’t come as a huge shock,” shares Amanda.

Colbie loves coming to her physical therapy sessions with Sarah. “She loves Ms. Sarah, but I think she also loves the different equipment available to her that we don’t have at home, like the big exercise balls that would probably take up my entire dining room,” Amanda shares through laughter.

“Colbie and I have accomplished so much together,” shares Sarah Patton, PT, DPT at Children’s Specialized Hospital. “I promised myself when I first began working with her, that I would never underestimate the power of what she is capable of, because she has beat the odds every step of the way. The odds just don’t apply to Colbie. Her work ethic, drive, and positivity defy them every time!” Sarah shares that she and Colbie have worked hard to make use of her forearm crutches and to progress from her gait trainer. “We recently had a big moment of success together where she was able to take a long string of steps with her crutches without support for the first time! It was amazing to watch her shine and meet that goal.” Sarah also shares that the best thing about Colbie is no matter the struggles she’s taking on at any given time, she is ever kind, loving, and encouraging to everyone around her. “She faces hard obstacles every session and every day, but is always the first to tell you that YOU’RE doing great,” says Sarah. “I just think she lights up the world around her.”

Amanda shares that Colbie also loves the atmosphere of the therapy gym, and how it’s an open concept so there are other kids working on their own therapy goals at the same time. “I remember a few months ago my parents took Colbie to a session while I was at work. They told me that during the session, Ms. Sarah was helping Colbie practice walking and she told them Colbie’s leg was looking good, so Colbie screamed across the gym to the other therapists and patients, ‘Hey guys! My leg is looking good today!’ Everyone laughed, but that’s the support the kids feel at CSH! It’s special.”

An Infectious Personality
Sassy and sharp as a tack, Amanda says Colbie is a happy kid who doesn’t slow down. “Colbie loves to just run and jump around with the neighborhood kids.” She also walks with her walker alongside her great-grandmother, who also uses a walker. “When we went to visit my Nanny over the summer, she asked Colbie if she wanted to go for a walk. Colbie looked at her and said ‘I sure do!’ and they were off! Even more recently we were visiting and Colbie was using her crutches and loved that Nanny was using her cane, too. They have a special bond.”

Amanda shares that Colbie loves the color green, plays pretend chef and loves going around taking everyone’s ice cream orders. “In July she welcomed a baby sister which has been an amazing experience. Most of all, she just loves being around people.”

Community Support
Recently Amanda started an Instagram page (@unstoppable.mama.bear) she says is dedicated to all things Colbie; her journey, her therapy appointments and highlighting the ups and downs. “If you had asked me six months ago, I would have said my greatest hope for Colbie was to walk. But honestly after starting this page and diving into this community of disabilities, I’m learning so much from interactions with others who are on similar journeys. Now, I want Colbie to lead the way!”

Amanda says that Colbie has taught her from the beginning that trying to plan off of your timeline is not how life works. “I want Colbie to be comfortable and be able to get around, but by doing what works for her,” shares Amanda. “I used to think that if Colbie wasn’t walking in a certain timeframe, then we were doing something wrong. But now, I want Colbie to show us and teach us what works for her and let Colbie be Colbie.”

For anyone embarking on a similar journey, Amanda reassuringly shares her advice to let your child be themselves, “the diagnosis is for paper, but it’s not who they are. Do your research, trust your gut, and surround your child and yourself with a care team you trust.”