John Ryan’s mom, Emeline, describes her baby as a sweet boy who is very calm and warm. He likes to cuddle, read books and attentively watch those around him. When John Ryan was six-months-old, however, his parents began noticing that he was very "floppy." He was not holding his head up or able to attempt any kind of sitting, two important milestones for a baby. At his six-month checkup, the family pediatrician confirmed that John Ryan’s development was delayed and she additionally noted that an abnormal pattern John Ryan’s head growth which was consistently measuring in the 98th percentile for his age.

After that visit, John Ryan’s pediatrician ordered an ultrasound and referred the family to a pediatric neurologist for an MRI. The MRI confirmed what the ultrasound had also shown and John Ryan was diagnosed with macrocephaly with benign congenital hypotonia. Macrocephaly shows as an overly large head caused by abnormalities in the brain. In John Ryan’s case, he was experiencing fluid build-up that was causing pressure in his brain resulting in his lack of muscle tone, or hypotonia. John Ryan was immediately recommended for intensive therapy treatment.

“When I first learned of his diagnosis I was overwhelmed and concerned,” said Emeline. “My husband had an aneurysm that we had treated a few years ago. We are no strangers to being in a hospital environment. However, when it is a child of our own it seems much scarier and much more uncertain. After going through all the doctors, neurologists and MRI, we landed at CSH. From there on we felt like we could exhale. They answered all of our questions, and made me feel normal in a very uncomfortable situation. I am very glad to have found a team at CSH that we can trust.”

John Ryan began physical and occupational therapy at the Children’s Specialized Hospital (CSH) New Brunswick inpatient facility. Emeline shared that John Ryan loves everything about the environment at CSH, from the front desk to all of the therapists. She also explained that John feels extremely comfortable during his sessions and absolutely loves the large selection of toys for him to play with. 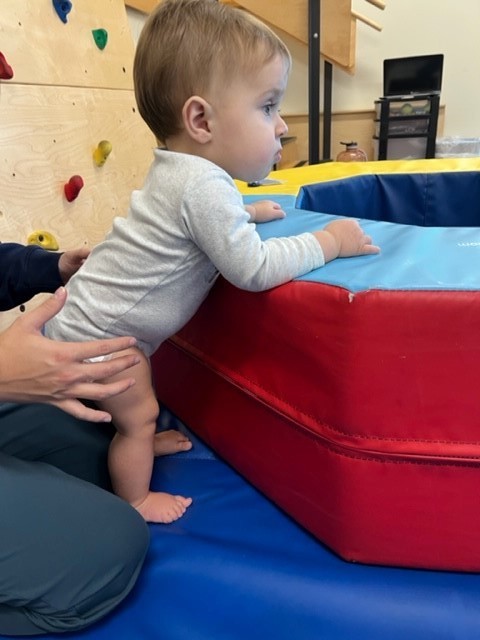 “Working with Samantha Dwyer and Stephanie has been such a great experience for us at CSH.  They have an extraordinary way of not only making sure that we feel comfortable but understanding what our goals are and how we can bring what we learn at therapy to our home,” said Emeline.

Struggling with motor planning, John Ryan would get easily frustrated because he did not have the ability retrieve an object that he wanted. During the months he spent at CSH he has had made great progress and is beginning to understand what steps to take to either get to the toy he wants or communicate his wants with his family.

Now, just three months after his first birthday, John Ryan is making significant progress. His muscles are getting much stronger and he is able to do things that he could not before like bear weight on his legs and sit upright by himself.

CSH has given John Ryan’s family a sense of peace and normalcy. Having a busy home with two children and working parents makes the family appreciate the time that they have together. John Ryan has an older sister, Giulianna, who has been educated about John Ryan’s condition by her parents and his care team. She understood immediately that her little brother could not interact with her as some other babies would and she is very sweet and gentle with him. John Ryan’s father, Joao, enjoys learning about what his son does at therapy, as he also experienced delayed milestones as a child. Joao explained that being able to help his son is extremely rewarding because he did not have the same resources as John does at CSH.

When asked if she has advice for family’s going through similar situations, Emeline said, “Being patient through the process is very important, there are many rough and frustrating days. However, early intervention is the most critical thing we can do for our children. I did not wait to get him the help he needed. I sought after professionals and made sure I got informed. I believe that was what made therapy so successful for us. The first year of their life they are just soaking up everything they learn and I wanted to take advantage of that to be able to help him build his strength early on.” She continued, “It can feel lonely but there are so many families going through the same things and we are all learning as we go. The most important thing we can do is bring what we learn in our session of therapy and apply it at home. Working in alignment with the CSH team has helped us in so many ways. We can only reach our goals if we do the work too.” 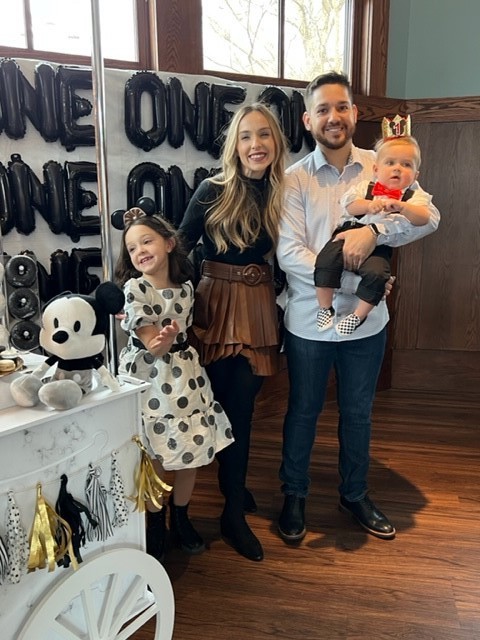