Today He Can Walk

"WHEN OSCAR WAS BORN WE WERE TOLD THAT THE ONLY WAY HE'D EVER WALK IS IF WE AMPUTATED HIS LEGS AT HIS KNEES. CHILDREN'S SPECIALIZED MADE SURE THAT WAS A DECISION WE NEVER HAD TO MAKE."

Jennifer was only 13 weeks pregnant when she learned her baby wasn’t developing normally in utero. Doctors could see that he wasn’t bending at his wrists, knees, ankles or elbows, and diagnosed a rare condition called arthrogryposis—a congenital joint contracture (stiffness) in two or more areas of the body.

When Jen’s baby, Oscar, was born he faced a myriad of complications: club feet, hyperextended knees and elbows, and wrists that hooked under the wrong way. All necessary healthcare services, including surgery and casting, began right after birth. Then, when he was just six weeks old, he began weekly physical therapy sessions at Children’s Specialized Hospital (CSH) in Mountainside. 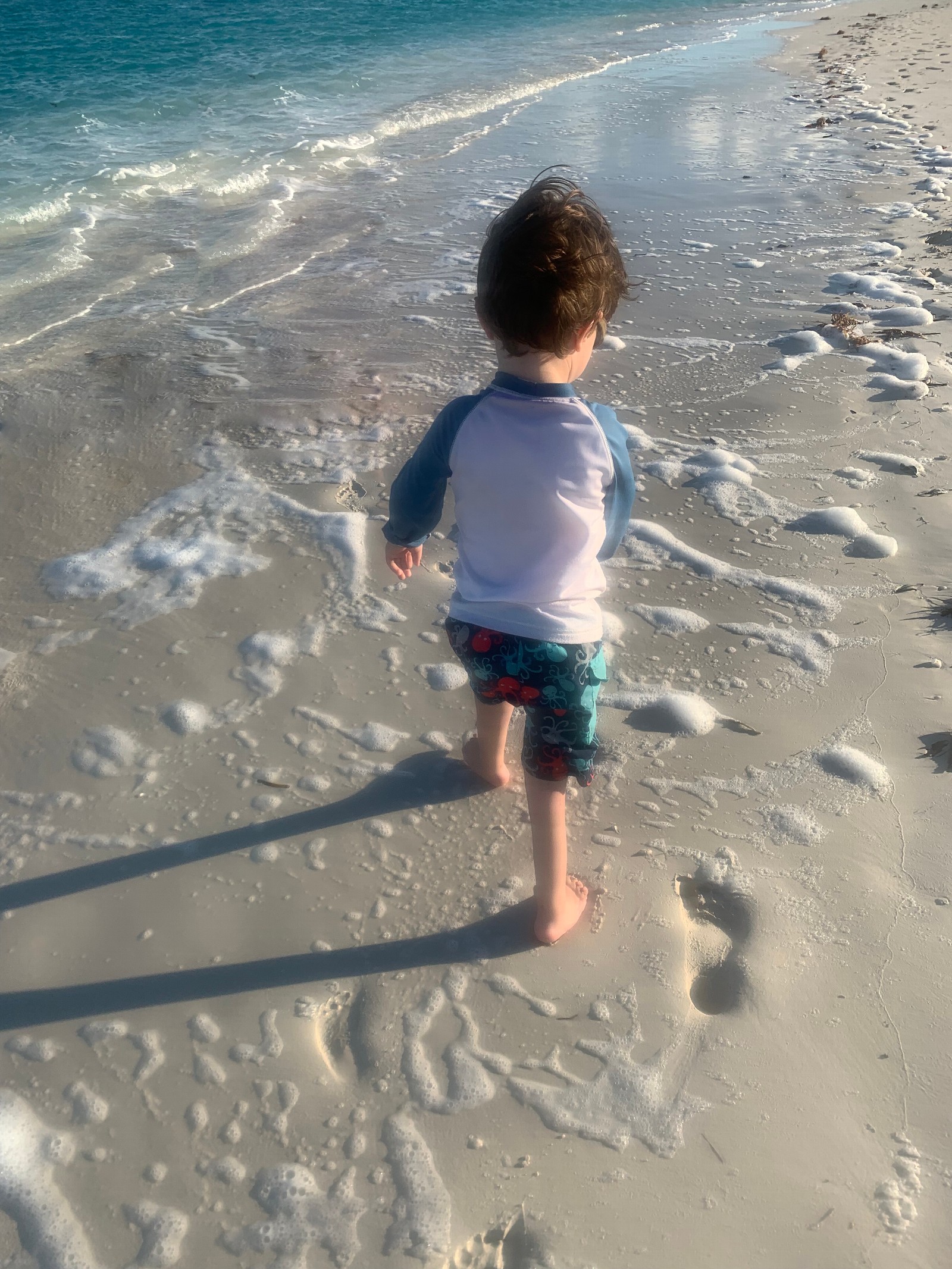 Because Oscar couldn’t bend his elbows, “tummy time" to strengthen the neck was very difficult. Nighttime splints were needed to increase the ability of his arms to bend. He had casts on his legs from the age of five weeks to six months, which made rolling over a big challenge.

Oscar and his therapist Diana Deshefy, PT, DPT, PCS, worked on exercise modifications. When the leg casts were removed, Deshefy taught him how to roll over. Deshefy also served as a friend and confidant to Jen and made sure Oscar's entire care team had the most up-to-date information on his case.

“When Oscar was born, we were told that the only way he’d ever walk would be if we amputated his legs at his knees,” says Jen. “Children’s Specialized made sure that was a decision we never had to make.”

Because Oscar couldn’t bend his knees, physical therapists began by having him stand and put pressure on his legs.

“The team at Children’s continued to work with us each week, figuring out where his legs needed the most support and creating bracing options for his unique needs,” Jen says. Just before Oscar’s second birthday, Deshefy helped him take his first independent steps.

Today, Oscar is a typical 5-year-old boy who loves to spend time outside hiking, swimming, and throwing rocks into the creek. He also enjoys coloring, building with Legos, and playing with trucks, cars, and dinosaurs. Oscar continues to see Deshefy weekly and interacts with all of his friends at CSH.

“My advice for parents going through a similar situation is to take a deep breath, be patient and trust your therapists and the process,” Jen says. “It can be overwhelming to hear the therapists set goals for three, six, and 12 months and worry that your child isn’t going to hit them. But your therapists work with you and your child, adjusting the plan as needed. I’m so grateful to Children’s Specialized for all they’ve done for Oscar and our entire family.”