At Children's Specialized, There is Always Hope.

Luca Damas was a happy 14 month old baby—full of smiles and giggles and hitting every milestone for his age. until one night changed it all.

To meet Luca Damas today, you would never suspect the trauma that he experienced at just 14 months old. Now at age seven, Luca loves playing sports and video games, singing, dancing, yoga, and playing with his brother and new little sister. He is great at math and an excellent reader. His parents, Victor Damas and Randy Cho, describe him as “all love.” Luca was a happy 14 month old baby–full of smiles and giggles and hitting every milestone for his age–until one night changed it all. 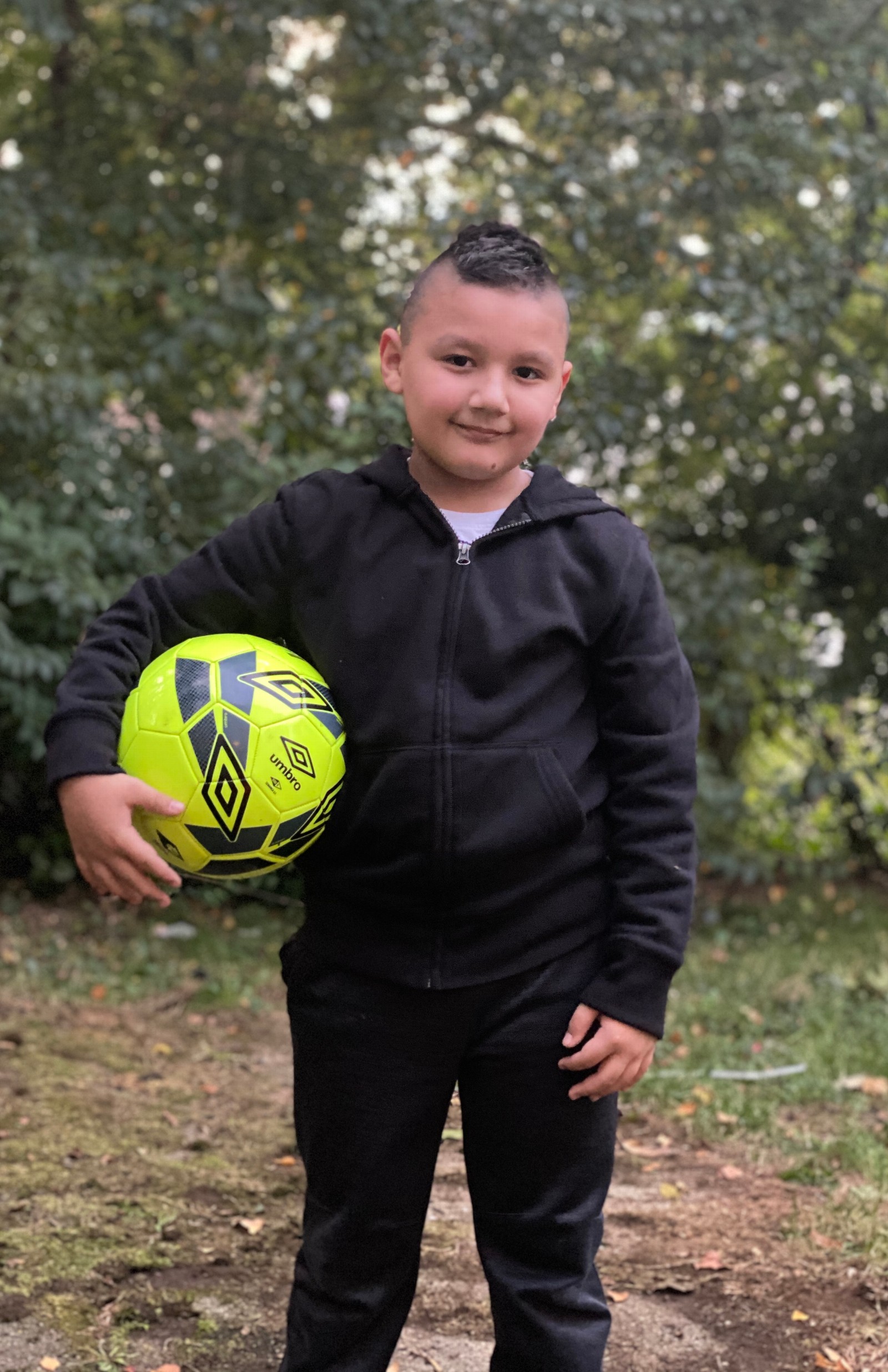 Luca had a bout of the flu and Respiratory Synctial Virus (RSV), a common respiratory tract infection in children. One night, around bedtime, Randy heard him breathing abnormally from his crib. When she checked on him, she quickly realized that he was suffering from what doctors later identified as a febrile grand mal seizure that lasted 45 long minutes. That seizure was then followed by five more. The seizures finally stopped, but Luca did not wake up. At the hospital, he was put in a sedative state, intubated, and placed on a ventilator where he remained for four days.

When Luca was awakened from his sedative state, it became apparent that he had lost all motor coordination. He could not speak, sit up, hold his parents’ hands, or eat. Although tests showed no brain damage, Luca was categorized as a brain injury patient due to the ataxia. He remained in the hospital for five more days before being transferred to Children’s Specialized Hospital (CSH) in New Brunswick for inpatient rehabilitation where he stayed for 37 days. Luca’s parents were scared, confused, and unsure about what would happen next. The therapists, doctors, and nurses at CSH kept them informed every step of the way, listened to their concerns, and eased their fears. “It was all so scary at first. We were admitted to CSH well into the night and were met with the kindest nurse. Luca was evaluated the next day and a schedule was made. "It soon became a routine and the professionalism was unmatched,” said Randy.

Luca was eventually diagnosed with Status Epilepticus which is a single seizure lasting more than five minutes or two or more seizures within a five-minute period without the person returning to normal between them. For 37 days, Luca worked with his therapists to regain his motor skills. His favorite part of therapy was aqua therapy and “play time” with his therapist. Before long, he began hitting every one of his goals. He re-learned to speak, eat, sit up, crawl, and eventually walk.

“The staff at CSH treated Luca with the best care. He loved his therapy sessions and all of the attention,” Randy recalled. His family had a special goal for Luca—to walk down the aisle as ring bearer in his uncle’s wedding. Just one year after beginning therapy, he achieved that goal! His most recent accomplishments are climbing, learning to pedal a bike, completing a 24 piece puzzle, and buttoning his shirts independently. Today, Luca continues therapy as an outpatient at our Mountainside facility and often refers to his therapists as his heroes. He has worked with dozens of therapists at CSH over the years, but one in particular, who he calls “Miss Kathy,” holds a special place in his heart. She was there from the beginning of his outpatient treatment and integral in helping him regain his balance and walk again. Luca and his family still love seeing “Miss Kathy” every time they come for outpatient therapy.

Randy and Victor feel grateful that they were referred to CSH for rehabilitation therapy. Reflecting on all of the progress he has made since that first seizure at 14 months old, Randy said “CSH gave us our baby back. We got to hug him and feel him hug us back. We got to hear him say mommy and daddy again. We got to watch him reach every milestone and see his progress first hand—all thanks to CSH.” When asked if they had any advice for other families who are new to CSH, both parents agreed, “even though they may be facing the scariest situation of their lives, parents can breathe more easily knowing that their child is in good hands. At Children’s Specialized, there is always hope.